After an outstanding performance at the NFL Combine, Oxford native D.K. Metcalf looks to ride that hype into the NFL and prove he is the ultimate Nasty Wide Out.

OXFORD, Miss. — D.K. Metcalf, a native of Oxford, Miss. was a highly-coveted recruit during his years at Oxford High School. He was a consensus 4-star on all the major recruiting services, and his accolades include being named both a U.S. Army and Max Preps All-American.

D.K., whose father Terrence was an All-American offensive lineman for the Rebels, ended his recruiting process very early when he committed to Ole Miss the summer before his sophomore year–much to the joy of Ole Miss fans.

He played in the first two games of the 2016 season before suffering a season-sending foot injury. In 2017, redshirt freshman D.K. started all 12 games and caught 39 passes for 646 yards and seven touchdowns. Before he suffered a neck injury in 2018, Metcalf played in seven games, catching 25 passes for 569 yards and 5 touchdowns–averaging a whopping 21.7 yards per catch his final season.

To many NFL scouts, D.K.’s most impressive stat is the 18.3 yards he averaged per catch throughout his career at Ole Miss. And keep in mind, his statistics could have been even more notable had he not played his college career alongside two other future NFL wide receivers, A.J. Brown and DaMarkus Lodge.

Check out a few of D.K.’s incredible highlights:

D.K. Metcalf is fan favorite for many Rebels, leaving behind a legacy of being one of the most explosive receivers to ever come through the Ole Miss program. He was a highlight waiting to happen during his college career, and he now has eyes set on being the first receiver taken off the board on Thursday in the 2019 NFL Draft in Nashville.

Going into the 2019 NFL Combine, many scouts believed D.K. Metcalf’s numbers would be impressive, but little did they know he would have arguably the best combine of any prospect at the 2019 Combine–or any previous Combine. Here are his official highlights from the event:

Here is a look at his official stats from the Combine:

D.K. Metcalf, in many NFL scouts’ eyes, improved his draft stock more than any other player at the 2019 Combine. He is an extremely physical receiver who will be a nightmare matchup in the red zone for any NFL cornerback. His combine numbers prove that the big plays he made during his time at Ole Miss are something that should continue in the NFL.

“Metcalf has very good body balance and control skills. He makes plays outside his body radius and he can get to balls most guys just dream about. He gets into and out of his cuts and breaks smoothly and he knows how to use his strong arms and hands effectively to gain separation downfield. For such a big man, Metcalf has excellent speed and pull away skills.“

Most receivers who run a 4.33 40-yard dash at the Combine do not have the size that Metcalf has. His combination of size and speed are aspects of a receiver that are highly coveted by any NFL team, and his top-end speed combined with his imposing frame is something that will be very useful in taking the top off of opposing defenses.

Cornerbacks will also have a difficult time using press coverage techniques to guard him because of his size and explosiveness off of the line of scrimmage.

Where will D.K. Metcalf go in the Draft?

Most experts predict that D.K. will be selected in the first round this year’s NFL Draft. Metcalf’s rare combination of size and speed is something that scouts believe will lead him to being a dominant outside WR1 in the NFL.

Joe Marino of the NFL Draft Network sees Metcalf as a first-round pick. He gives this detailed analysis of D.K. Metcalf’s potential:

“D.K. Metcalf enters the 2019 NFL Draft as a rare prospect, his blend of physicality and explosiveness have the ability to develop into a game-changing WR. Metcalf projects favorably to just about any system, he’s fluid enough to run hard angled routes and big enough to win in the red zone. Metcalf offers vertical explosiveness as well. An early starter just scratching the surface of how good he can really be.”

Mike Detillier, too, believes D.K. is a first-round selection.

“D.K. is a tremendous prospect with the size, length, physical skills and first-rate eye-hand coordination you would put on paper like a prototype performer. He is going to be a special talent in the red zone and short-yardage conversion plays due to his size and physical play. He’s a top 20 pick in the NFL draft…and will join Laquon Treadwell (2016 Minnesota Vikings) as the two first-round pick wide receivers from Ole Miss since 1967.“

Off the field, D.K.’s willingness to help others is widely known. So what’s he doing before the NFL Draft?

Before he attends the #NFLDraft tomorrow night, @dkmetcalf14 is already making a difference with the @NFL pic.twitter.com/0sW33HDghu

D.K. recently tweeted a thank-you to his supporters–offering just another example of why this young man will continue to be a success on and off the field.

My last day in my hometown, Oxford, MS. It’s been a blessing growing up here-from elementary school to college, I’ve called this place home. From the janitors and cafeteria workers, to the coaches, teachers, principals, GA’s, fans, friends and family- I want to say thank you❤️. pic.twitter.com/34rHTzUOYw

The 2019 NFL Draft is set to start Thursday, and we look forward to seeing which team is lucky enough to get D.K. It has been an honor to cover his career as a Rebel, and we cannot wait to watch him excel at the next level! 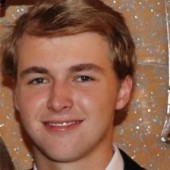 SEC Nation Heads to Oxford as No. 11 Ole Miss Hosts No. 8 Kentucky

Classes begin today for Ole Miss athletes; football Rebels making the grade on, off the field