Welcome to The Rebel Walk!

We began this site in 2014 to bring Ole Miss sports news and features to Rebels in a manner that would be informative, engaging, and respectful. Our goal, first and foremost, is to tell you what’s happening with our Ole Miss teams while conveying the passion we have for all things Red and Blue.

Each of our writers comes to the table with his/her own style and spirit, but what we all share in common is our deep love for The University of Mississippi! 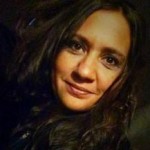 Amanda was born into Rebel Nation and even took her first steps on the Ole Miss campus. Her late father, Dr. Abhimanyu Swain, Ph.D. PE, an Indian native, was a grad student at the university, and Amanda’s first few years of life were spent running through the Grove. Her father instilled his love for photography in Amanda when she was very young, and she hardly remembers a moment occurring without her dad there to capture it with film. His legacy remains with her today, as she carries on what she learned to appreciate from him. After majoring in Criminal Justice in Maryland, Amanda decided to come back to her Southern roots and pick up her dad’s camera once again. By day she’s doing her best to prevent crime on the streets, but deep down her passion is viewing the world from behind a lens. Amanda uses photos to express the moments words cannot. Because of her love for Ole Miss, she finds herself photographing Rebel sports and campus life. Growing closer to her Rebel family has helped Amanda fill the void of losing her dad, as well as made her smile because she knows she is home, once again. 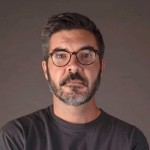 Bo is responsible for building this website, and works with Evelyn on graphics and fun Rebel Walk stuff! When he isn't doing all that, Bo owns a digital marketing company (Solve) in Madison, MS. He can also be referred to as the HYDR® guy seeing as how he invented an acronym in 2013 that changed Ole Miss fans forever! 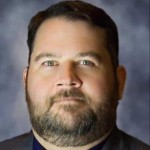 Chad holds a Bachelor of Business Administration from Ole Miss and stays immersed in Rebel sports and alumni affairs. As a second-generation Rebel, he loves everything that makes the university unique and appealing. While he supports every sport on campus, his primary love is Ole Miss Baseball. As a baseball scout and creator of the only group dedicated to Ole Miss Baseball, Chad enjoys focusing on the players’ and the team's success on and off the field. The unique atmosphere created by the fans, facilities and coaching staff has transformed Swayze Field into a world-class program that others only dream of having. Chad currently lives in Lula, Georgia with his wife Danielle, his German Short-Haired Pointer Renegade "Hotty Toddy," and a cat named Boudreaux. 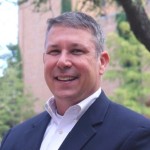 Chris Muller is a 1995 Graduate of Ole Miss. He is a collegiate recreational sports professional currently residing in Arlington Texas with his wife of 19 years, Amber, and German Shorthaired Pointer, Sophie. Chris is an avid Ole Miss Baseball and Football fan. His hobbies include watching college football and baseball and playing poker with his friends. 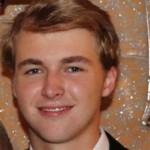 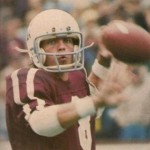 David is the consummate true-freshman quarterback, first pioneering the position only a year after college freshmen were given varsity eligibility by the NCAA in 1972. In 1973, the left-handed all-state gunslinger from Sulphur, Louisiana started for the Texas A&M Aggies and earned the All-Southwest Conference Freshman of the Year award as selected by the league’s coaches. He was only 17, and still holds the NCAA record as the youngest starting quarterback in college football history. He wore No. 8 at A&M in honor of one of his football heroes, Archie Manning. In becoming the winningest quarterback ever at A&M, David was converted from a dual-threat QB to a triple option trailblazer. The two-time team captain led three record-breaking offenses that changed the direction of football at A&M forever, establishing once and for all the winning tradition that the Aggies had so-long desired. As a high school head coach in Houston in the late ‘80s, David stationed his quarterback in the shotgun formation, having him reading defenses and throwing hot routes at a time when such offensive schemes were frowned upon by traditional fans and coaches. One of his quarterbacks tossed 57 passes in a single game, which stood as the all-time Greater Houston Area record for many years.  As you can tell from his bona fides, David is extremely qualified as our expert on all things Quarterback at Ole Miss. Enjoy his exclusive analysis only here at The Rebel Walk! 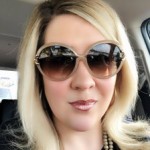 Emily Evans Holly is a 2nd generation Ole Miss Rebel. She graduated in 2005 with a BBA in Marketing Communications and in 2006 with an MBA. While at Ole Miss, Emily was a Taylor Medalist, member of the Sally McDonnell Barksdale Honors College, Vice-President of Phi Mu, and a Rebel Recruiter. Emily was a sports and entertainment banker in Nashville before deciding to stay home with her daughter, Mattie. She resides in Brentwood, TN, with her husband and daughter. Emily is an avid fan of both Ole Miss and the New Orleans Saints. 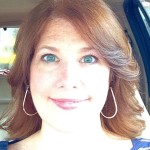 Evelyn has covered sports for over a decade, beginning her journalism career as a sports writer for a newspaper in Austin, Texas. She attended Texas A&M and majored in English. Evelyn's love for Ole Miss began when her daughter Katie attended the university on a volleyball scholarship--and continued as she watched Katie receive three degrees from Ole Miss, culminating with her Pharm D. in 2012. Evelyn, a member of the FWAA, USBWA and the NCBWA, has covered Rebel sports for numerous outlets. In addition to working for The Rebel Walk, Evelyn is a sports writer for a newspaper in Texas. 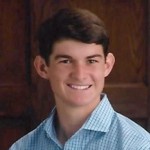 Hays Dubberly is a sophomore Ole Miss student from Jackson, Mississippi. Hays is majoring in Biochemistry with a minor in Math. He is a fan of the Atlanta Braves, New York Giants, and any team in the Ole Miss athletic department.

<p>Jake is a senior Integrated Marketing and Communications major at Ole Miss, from Nashville, TN. Along with RW, Jake hosts "The Flagship Football Show" podcast. He's also a huge fan of the Rebels, Titans, Predators, and Braves.</p> 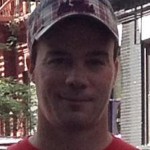 Jeff is a college sports fanatic who was able to recognize many D1 team logos by kindergarten. Growing up, Jeff played football, baseball, basketball, and ran track/cross country. Jeff’s love for college sports was expanded while running track/cross country at Indiana University, where he earned a General Education degree and attended every sporting event possible when not running for the Hoosiers. A proud parent and husband, Jeff resides in Oxford. His wife is an Ole Miss graduate, and Jeff has a year of post-graduate studies at Ole Miss under his belt. Jeff and his family can be found at just about any Ole Miss sporting event throughout the year. Jeff follows the idea of God, Family/Friends, and Football as a way of life. Writing about Ole Miss sports plays to Jeff’s love affair with collegiate athletics perfectly! 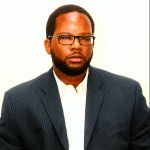 Originally from Memphis, TN, Joel moved to Houston in 2003 and fell in love with the sports scene. He loves all sports and has covered everything from hot dog eating contests to bowl games. He is a proud member of the Football Writer’s Association of America. 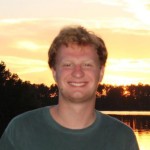 Land Teller is sophomore Business major at Ole Miss. The Nashville, Tennessee native is a movie fanatic who is also a rabid Ole Miss, Saints, Titans and Predators fan. 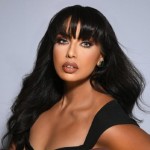 Lee Ann is the Director of Recruiting for The Rebel Walk. She is a veteran SEC sports journalist and NFL content writer. She is also the Sr. Editor for MESPORTS digital. Herring-Olvedo is a Brown University graduate who loves good cigars, good games, and a smooth glass of bourbon — not necessarily in that order. 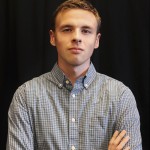 Matt Barnthouse has over seven years experience working at the youth, high school, and Division I levels of basketball, and currently is at University of Cincinnati as a graduate student and instructor, while doing consulting work, as well as freelance graphics for various Division I teams and players. Barnthouse spent four years as a student-manager with the Ole Miss Men’s Basketball team, helping them to four winning seasons, as well as an NCAA Tournament appearance in 2015. While at Ole Miss, Barnthouse assisted in all parts of basketball operations, including recruiting, on-court drills, analytics, and film. Following his four-year stint with the Rebels, the redshirt junior declared for the 2017 NBA Draft, where he went undrafted. After his Spring 2017 graduation from Ole Miss with a degree in Journalism, Barnthouse spent the summer as a basketball coach at Camp Androscoggin, one of the northeast’s oldest and most prestigious summer camps. Barnthouse resides in Cincinnati, Ohio, and spends his free time watching film and playing with his Corgi, Brady. 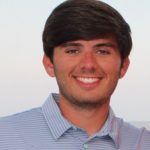 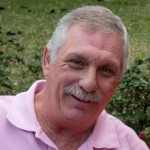 Steve Barnes joins The Rebel Walk staff as a senior writer and brings a trifecta of journalistic experience. As a writer, he has covered college sports for Rivals.com, Football.com and SaturdayDownSouth.com as well as served as a beat writer for various traditional newspapers. He has been a broadcaster for arena football and several national tournament events for the National Junior College Athletic Association as well as hosting various shows on radio. A former sports information director at Albany (Ga.) State University and an assistant at Troy and West Florida, he has helped host many NCAA conference, regional and national events, including serving five years on the media committee of the NCAA Division II World Series. Barnes, a native of Pensacola, Fla., attended Ole Miss in 1983-84, where his first journalism teacher was David Kellum. The duo has come a long way since that time. He will bring a proven journalistic track record, along with a knack for finding the out-of-the-ordinary story angles to The Rebel Walk. Barnes continues to reside in Pensacola a mere ten minutes from the beach because he does have taste and a brain. 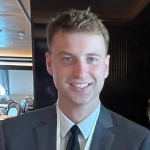 TJ Oxley is a current MBA student at Ole Miss after having earned his undergraduate degree at the University of Toledo. He currently covers college hoops and the NBA Draft for the Basketball Society as well as all things Ole Miss for The Rebel Walk. 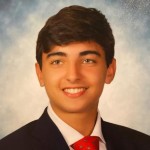 Tyler Komis is currently a sophomore at the University of Mississippi majoring in Broadcast Journalism. The Princeton, New Jersey native is also a reporter for the school's media center with Rebel Radio.