Ole Miss earns an exciting come-from-behind win over A&M with a two-RBI walk-off from Thomas Dillard in the 11th inning.

OXFORD, Miss. — The No. 17 Rebels edged out No.6 Texas A&M, 5-4, in an extra-inning affair Thursday night at Swayze Field that did not end until the clock hit midnight.

Thomas Dillard was the hero of the game for Ole Miss, getting his second walk-off of the season–this time in the form of a two-RBI single up the middle.

Rebel ace Will Ethridge pitched a career high 8 innings and recorded 7 strikeouts while throwing 117 pitches on the night.

The Aggies got on the board in the fourth inning courtesy of a couple of Ole Miss errors. A&M would score two more in the fifth via great two-out at bats from Cam Blake and Mikey Hoehner.

The Rebels struggled to get anything going all night until they broke into the score column in the seventh. Michael Fitzsimmons knocked a pinch-hit, one-out single into right field, and Carl Gindl then came on to pinch run for Fitz.

Gindl advanced to second on a Ryan Olenek ground out and then moved to third on a wild pitch. Gindl came around to score on a throwing error by the catcher, Hoehner.

In the bottom of the eighth, Tyler Keenan drew a leadoff walk, and Dillard followed that with a single up the middle that chased A&M starting pitcher John Doxakis from the game at 115 pitches. Kasey Kalich came on in relief for Doxakis for 1 1/3 innings until he gave way to Joseph Menefee.

Cooper Johnson laid down a sac bunt, and Kalich committed a throwing error allowing Keenan to score. Kevin Graham came on to pinch hit and knocked a sac fly to score Dillard and tie the game at 3-3 in the eighth.

Parker Caracci took the mound in the ninth and retired the Aggies in order. The Rebels could not score in the bottom half, so the game headed to extra innings. Caracci again took care of the Aggies in order in the tenth with two strikeouts and a fly out.

Mid 10 | @Parkercaracci has faced six and sat 'em all down. He adds a pair of K's in the tenth and Dillard makes a nice snag in left for out number three. pic.twitter.com/xML8jZOO2g

In the top of the eleventh inning, the Aggies’ Hoehner drew a leadoff walk and advanced to third on two ground outs. With two outs in the inning and two strikes on the batter, Caracci threw a wild pitch that allowed Hoehner to score. The Rebel closer quickly bounced back, however, striking out the batter on the next pitch.

No quit in the Rebs

Going into the bottom of the eleventh, the Rebels were down, 4-3—but there was no quit in Bianco’s bunch.

“That’s one of the things this week we really worked on is body language when we’re down and just kind of fighting back when things don’t go our way,” Dillard said after the win. “We’re really talented and we can work on the fundamentals in practice, but that’s one thing that’s going to make a big difference for us,” he added.

“Even when we were down 3-0, it felt like we were going to win. We knew we had it in us. So we just went out there and kept fighting…and ended up scratching one out.”

Ryan Olenek got things started for the Rebs in the final inning, smacking a one-out single to left field that was followed by a Grae Kessinger single up the middle.

Keenan strolled to the plate and drew his third walk of the game, bringing up Dillard with the bases loaded and one-out. Dillard worked a 3-2 count before sending a walk-off, two-RBI single up the middle to win the game for the Rebels.

“I was just telling myself to get on top of the ball, and I happened to put one in play on 3-2,” Dillard said of his game-winning hit.

As for the Rebels’ pitching, Ethridge went a career-best 8.0 innings, throwing 117 pitches and notching seven strikeouts to just one walk and allowing only three runs on six hits.

“Everything felt good,” Ethridge said after the game. “I felt great all day,” he said.

Three strikeouts above the 100-pitch mark for Ethridge after he rings up a trio of Aggies in the eighth inning. #RebsBSB

“Going out there, we were fighting for 11 innings, and it’s good to come out and get a win and get into their bullpen and let them use some guys,” Ethridge added.

Head coach Mike Bianco was proud of his starter. “He (Ethridge) showed he’s a true Friday night ace,” the Ole Miss skipper said. “They got some key hits, some hit and runs, some bases with runners in scoring position, but he hung in there and got us to the ninth.”

Bianco was pleased with what he saw from his team’s demeanor in the comeback win.

With some close games the last few weekends that ended in losses, the importance of Thursday night’s win was not lost on Ethridge.

“We’ve had a few tough weekends, but we’re going to keep fighting. We’re down to the final stretch right now and we’ve got to sprint to the finish line to try and win some more ballgames.”

Ole Miss returns to action Friday at 6:30 p.m. against the No. 6 Texas A&M for game two of the series. 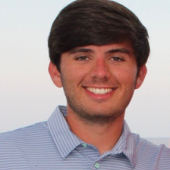