Just as impressive is the fact that Murphy is the ONLY player in SEC history to post 1,400 points, pull down 1,000 rebounds and record 190 steals. He also notched 39 career double-doubles, second in school history.

Since leaving the University of Mississippi and “God’s Country,” Rebel basketball legend Murphy Holloway has had a very productive career both on AND off the court.

Murphy averages 16.6 ppg and leads the league with 11.1 rebounds per game.

The 6-foot-7, 240-pound mammoth in the paint has been just that for Trieste.’ Hauling in a league-leading 11.1 rebounds per game, Murphy is also scoring 16.6 points per game, shooting 56% from the field—second on his team.

When asked about the difference in style of play between the United States and Italy, Murphy said,

“Everything is definitely more physical in the states. Here, things are more fundamentally sound. There is a more finesse-style aspect to their game, and the shooting overall is better.”

Given Murphy’s physical background of going after rebounds, it is no wonder he is dominating the glass at that level.

Now, let’s leave the basketball court and take a trip into Murphy’s “off the court” world. In Murphy’s words, “Basketball doesn’t last forever,” and this philosophy has led him to become involved with numerous philanthropic projects. Given his past and where he grew up, Murphy has taken it as his responsibility to give back to the community.

When asked what is making him start his “life-after-basketball” so early—while he is still playing professionally–he said,

“I feel since God has given me the talent and the opportunity to do things some people want to do, but cannot, I’m taking it upon myself to do what I can to help enhance the lives of the youth coming up.”

Murphy wore No. 31 in honor of his high school teammate, Vic Sims (right).

Have you ever wondered why Murphy wore number 31 at Ole Miss? Many Rebels may not realize he did so in honor of a good friend of his who passed away playing basketball.

Murphy and Vic Sims, who was also from Murphy’s hometown of Irmo, South Carolina, were good friends growing up, but Vic passed away tragically just two months before high school graduation.

“Vic was going to Louisville to play basketball,” Murphy said. “He was going to be the first person from our area to sign a Division 1 scholarship, but he died during a basketball game at Dreher High School. He was diagnosed with an enlarged heart. No one, not even his parents or doctors, knew how they could have missed it during his physicals in the preseason,” he said somberly.

Vic Sims was only 18 years old when he died. He wore the number 31.

In tribute to his friend, Murphy and his new management and marketing firm, Level Up Management Group, will be hosting a Vic Sims Memorial Basketball Clinic on June 6, 2015 in Irmo, South Carolina. The event will be held from 9 AM to 3 PM at Friars Gate Park Gymnasium. The gym is located at 1712 Chadford Road, Irmo, South Carolina, 29063. Registration is $75.00. For more information, email: admin@levelupmg.com

The camp had a great turnout for its inaugural session last year. When asked about his second-annual camp and its significance, Murphy said:

“Oxford is like a second home to me. I love the people and the community, so it feels great to give back and see the smiles on the little ones’ faces. Oxford will definitely be the town that always hosts the GrindTime Camp for years to come.”

Like last year, there will again be some fantastic players on site as counselors for this year’s camp. Former Rebels standouts Marshall Henderson, Chris Warren and Terrico White are just a few of the plethora of talented players who will be on staff with Murphy this summer.

The camp will be held July 9-11; for more information visit the GrindTime Camps website at GrindTimeCamps.com. An “early-bird” registration is being offered now through March 31st that will discount the camp cost by $50!

Though NBA teams such as the Golden State Warriors and the Memphis Grizzlies have called Murphy with summer-league offers to join their organization, Murphy has regretfully declined at this point because, as he says, “of stability reasons and enjoying the journey that I’m on now and the things I have planned after basketball that have the potential to greatly impact lives.”

From all he has done and will continue to do, it is easy to see that Murphy Holloway is setting a steady foundation for both his future and his family.

Stay tuned to The Rebel Walk, as we will keep you updated on Murphy, his professional career, his GrindTime Camps and his new Level Up Management Group! 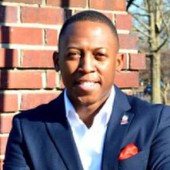 Fredderick is currently a senior at The University of Mississippi, purusing a degree in Broadcast Journalism with a minor in English and a specialty in Public Relations. Growing up, he participated in every athletic event possible, and his love for sports grew with each passing year. He aspires to become a publicist, and he hopes one day to start a mentoring program for troubled youth.