Many Rebels have been wondering where former Ole Miss Guard Marshall Henderson is on his journey to play professional basketball.

Marshall Henderson is continuing his career in Qatar.

Following graduation this past May, Henderson worked out with an assortment of teams and spent some time in Italy.

Currently, he is in Doha, Qatar and recently signed an 8-month contract for Al-Rayyan, the top club in the Qatar league.

His basketball season is from November through March, but Henderson will also play in cups in Asia and Africa.  He is playing in one in Morocco until November 5th.

“The rules are different,” said Henderson.  “We have 10 minute quarters; the 3 point line is longer than college, but shorter than the NBA; and, traveling actually gets called,” he added.

Henderson–who holds the SEC record with 138 three-pointers made in a season and the NCAA record with 394 attempts–is a guard, a 2 mainly, but can also bring the ball up on the fast break.

“It is interesting how basketball brings together people from all walks around the world, and there is no language barrier on the court,” said Henderson.

The Rebel Walk will keep you posted on the careers of Marshall and other former Ole Miss basketball players as they continue to pursue their dreams! 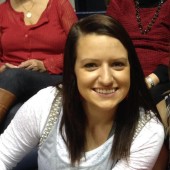 WATCH: Jarkel Joiner talks about the Rebels’ 61-50 win over A&M