OXFORD, Miss. — Call me sentimental, but Saturday’s game versus Kentucky meant a great deal, and not just because of what happened between the hash marks. For weeks, head coach Lane Kiffin had been looking for improvement — from the team and the fans. It was time for individuals to step up and show who could be counted on to produce.

Step up they all did and in more than one way.

On the opening drive, the feel in Vaught Hemingway was one that brought back memories of exciting games of days gone by when ‘The Deuce was Loose,’ Andrew Ritter was kicking the winning field goal to beat LSU, and students were bringing down the goal post when Ole Miss defeated Alabama on that glorious day in 2014. Yes, Saturday’s crowd for the Kentucky game was every bit as loud and engaged.

For Rebel transfer players who had never witnessed firsthand the electricity an SEC matchup could bring, the energy was unmatched.

Recruits, too, commented on the vibe of the game.

Fresh off an Ole Miss offer '23 TE @WyattSmalley out of @MiltonEagles_FB took in gameday this weekend. Even catching a few plays with @JuiceKiffin. @TheRebelWalk caught up with him for his #RWOnTheWin reaction. pic.twitter.com/XnQp4EUQUa

What a way to kick off SEC play in the Sip. @TheRebelWalk caught up with Future Ole Miss Rebel '23 commit @BrycenSanders1 on what the atmosphere was like from the Vaught this weekend! #RWRecruiting @CommitToTheSip #TennesseRebs pic.twitter.com/fFfrJvTpJ4

Lane Kiffin asked, and he received as the fan base essentially told him, “You’re our coach! These are our Rebels! We have got ya’ll!” The “Stripe the Vaught” campaign was a huge success.

“The crowd was really to our advantage, which is what the goal has been,” Kiffin said.

“You could say they won the game.”

Coach Kiffin on the impact of Rebel fans against Kentucky

On the field, the Rebels dug deep and found a way to make plays and win.  The defense was swarming and aggressive while the offense called upon its weapons on the ground and in the air.

Here’s a look at the huge forced fumble from Austin Keys and the recovery by @AJFinley1. Ole Miss’ ball! ❤️💙 #HottyToddy pic.twitter.com/hvTU2fQcgo

In the end, the defense held strong and stopped a highly-touted Kentucky team not just once but twice! Rebel football said to its coaches, fans, and each other, “We are ready! We are here to prove the naysayers wrong! Together, we are strong!”

And, the talented transfers, well they essentially said, “We have found our home, and we will help protect it!”

The Rebel coaching staff proved to us who they are as well. Using their varied backgrounds and talents, this staff has assembled and produced a team that understands what it means to work as one. These coaches are the kind of people athletes want to work hard and play for because they know the coaches are teaching them how to be the quality players and men they need to be long after their days of playing a snap for Rebel football end.

One need only watch the video of the Ole Miss coaches in the booth Saturday, celebrating after Jared Ivey knocked the ball from Will Levis’ hands, to see the excitement — not only for the win, but for the players who took what they were taught and executed.

They were also excited for each other. True camaraderie is a cherished commodity in the world of coaching. Our coaches seem to have it, and that attracts elite athletes.

For months, the coaches have said to their players, “We are here for you.  Listen, learn and execute on game day, and you will succeed!”  On Saturday, the players responded and the coaches did so as well.  There are still areas for improvement.  Anytime you stop improving, you are declining, which means that everyone – fans, team, coaches – needs to continue to live up to the expectations that winning programs profess.

You buy in and show up for one other.  You don’t make excuses, and you don’t sit back and complain when things don’t always turn out positively.  Winning programs trust the process.  Memorable programs, the ones that live on in the stories passed down through the years, are built on loyalty and unwavering support.

Ole Miss has asked for the opportunity to be elite.  With the creation of a new NIL cooperative which looks to streamline the process of player engagement, the future could indeed be here and now.

Rebel coaches, players, and fans have the opportunity to be a part of the coming of age of modern Ole Miss football.  How each individual chooses to view and embrace that is up to them.

“𝗤𝘂𝗶𝘁𝗲 𝘁𝗵𝗲 𝘄𝗲𝗲𝗸𝗲𝗻𝗱 𝗶𝗻 𝗢𝘅𝗳𝗼𝗿𝗱”
–
We’re grateful for the support from our coaches and administrators to enhance the experience for our Ole Miss athletes.
–
We’re ready to get to work – learn more about how to be a part of this excitement at the link in bio. pic.twitter.com/AbbDwibZvZ

Let’s all board the Lane Train to see where it’s headed.  Ole Miss has asked for an opportunity.  Here it is.  What will we do with it? 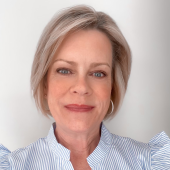 Around the SEC: How the Southeastern Conference Teams Fared in Week Eight

The Report Card : Week 10 Analysis of the Power 5 Conferences