Coach Bianco spoke about what his Rebels will look like when they take the field on February 18. “I’ll go around the diamond to start with the position players,” Bianco began. “There are always some question marks, but this year, there are not as many question marks,” he explained.

Not as many questions marks, indeed.

The 21-year skipper of the Red and Blue Coach then began to call out the familiar names fans can expect to see on his lineup card opening day:

In 2021, Bench was named Second Team All-SEC at third base. He led all of Division I baseball with 29 hit by pitches. He finished fourth on team with a .307 batting average and totaled 74 hits, 56 runs scored, seven doubles, two triples, seven home runs and 39 RBI. He was third on the team with 21 multi-hit games.

Coach Bianco said Burford looked great at the plate in the fall, earning his shot at some playing time.

Graham finished last season on the longest reached-base streak in college baseball (60 games). He started all 67 for the Rebels in 2021 and was named to the ABCA/Rawlings All-South Region First Team. He finished second on the team with a .342 batting average.

In 2021, McCants was named Freshman All-American by D1 Baseball as well as Freshman All-SEC. He earned SEC Freshman of the Week honors for his performance in Week 6.

Coach Bianco reiterated the versatile Bench could be used anywhere in the infield, saying he would play him at third and center on the Rebels’ opening weekend of play.

Coach Bianco noted that right field is something of an open spot at the moment, with Leatherwood and Alderman his standout favorites.

Alderman notched eight appearances last season, including one where he hit a walk-off home run in the series finale vs. LSU.

With Gunnar Hoglund, Taylor Broadway and Doug Nikhazy drafted, the Rebels will look a little different on the mound this season. However, one thing that will be a constant is junior Derek Diamond, as he is the only starter Bianco named in the rotation thus far.

“On February 18th we will start Derek Diamond on that Friday afternoon against Charleston Southern. After that, we’re not sure,” Coach Bianco said. But even with the losses of Nikhazy, Hoglund, and Broadway, Bianco is very pleased with the depth he has on the staff.

“Right now, it is still a lot of competition going on for those last two spots on Saturday and Sunday starters. It certainly could be fluid for the first four weeks, and as I mentioned a few moments ago, there’s more depth, more options, and more high-end ability than we had last year.”

Returners: Coach Bianco talked about some of that depth on the mound, listing Jack Dougherty, Drew McDaniel, and Brandon Johnson as candidates for weekend starts, noting all three have pitched really well.

Transfers: He also discussed the Rebel arms acquired from the transfer portal.

“Then the transfers that I mentioned already, two of them are Jack Washburn and John Gaddis. As well as Dylan DeLucia who is another junior college transfer from Northwest Florida and has pitched really well last week and at the end of the fall,” Bianco said.

Freshman pitchers: “There are also a couple of freshman that pitched really well. I mentioned Hunter Elliot from Tupelo High School and Riley Maddox from Jackson Prep,” said Coach Bianco.

“Cioffi’s rehab is going really well,” Bianco said. “I see him being a part of that bullpen as the season progresses.” Bianco added he believes the timetable for Cioffi’s return to be mid-to-late March.

“Overall, as a staff, we probably have more depth as a staff and talent than we did a year ago with those guys. These guys we have now are a year older.“

The Rebels will open their season with a weekend series starting on February 18th at 4 p.m. against Charleston Southern University in Oxford at Swayze Field.

Kam is a freshman at Ole Miss, currently pursuing an Integrated Marketing and Communications degree with Business and Journalism minors. Even though he’s from Delhi, Louisiana, that didn’t stop Kam from growing up a diehard Ole Miss fan. He’s a sports guru who watches and follows all sports at all times. He lettered four years in football and baseball in high school and is an avid Saints, Pelicans, and Astros fan. In his free time, he likes to binge watch Netflix, hit the gym, travel, and drive himself crazy over his fantasy football. 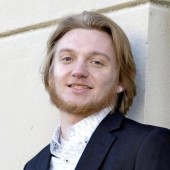 Kam is a freshman at Ole Miss, currently pursuing an Integrated Marketing and Communications degree with Business and Journalism minors. Even though he's from Delhi, Louisiana, that didn't stop Kam from growing up a diehard Ole Miss fan. He's a sports guru who watches and follows all sports at all times. He lettered four years in football and baseball in high school and is an avid Saints, Pelicans, and Astros fan. In his free time, he likes to binge watch Netflix, hit the gym, travel, and drive himself crazy over his fantasy football.