NASHVILLE, Tenn. — Entering Nissan Stadium Sunday, my heart felt as if it were beating outside of my chest. I was about to experience my very first NFL game as a sideline photographer, taking pictures of A.J. Brown and the Tennessee Titans.

I have spent the last five years covering the Ole Miss Rebels for The Rebel Walk, watching at the end of each season as the players I covered graduated or left for pro careers. While I am always thrilled for these young student athletes as they move on to the next part of their lives, it is also bittersweet knowing I will no longer have the opportunity to capture them doing what they love on the gridiron.

But that changed Sunday!

I was on hand in Nashville to take pictures of former Ole Miss wide receiver A.J. Brown, a rookie for the Titans. I got to speak with A.J. after the game and congratulate him on his performance—and what a performance it was!

I felt like a proud parent when A.J. (No. 11) turned on the burners after catching a pass from Titans’ quarterback Ryan Tannehill in the middle of the field, and I cheered internally as no one came close to catching him as he raced for a 65-yard touchdown catch. On the day, he notched four catches for 135 yards and currently leads the Titans with 581 receiving yards and an 18.7-average-per-catch on the season.

I began taking pictures of A.J. in 2016 when he arrived in Oxford with much-deserved fanfare. When I watched him play his final collegiate game last year, I never dreamed I would have the chance to cover him in his professional career—but there I was last Sunday doing just that.

When I picked up the NFL photo vest that would afford me access to the field, I felt humbled for the opportunity to continue capturing A.J. and his new team.

My personal goal is always to use my lens to capture not only the talent, but also the heart of the athletes I cover. I appreciate The Rebel Walk and the Tennessee Titans for giving me the privilege of witnessing moments others do not always have the opportunity to see.

Here are a few of my favorite photos of A.J. and the Titans from Sunday’s 42-20 win over the Jacksonville Jaguars. 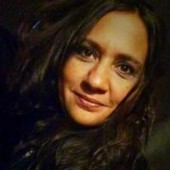 Amanda was born into Rebel Nation and even took her first steps on the Ole Miss campus. Her late father, Dr. Abhimanyu Swain, Ph.D. PE, an Indian native, was a grad student at the university, and Amanda’s first few years of life were spent running through the Grove. Her father instilled his love for photography in Amanda when she was very young, and she hardly remembers a moment occurring without her dad there to capture it with film. His legacy remains with her today, as she carries on what she learned to appreciate from him. After majoring in Criminal Justice in Maryland, Amanda decided to come back to her Southern roots and pick up her dad’s camera once again. By day she’s doing her best to prevent crime on the streets, but deep down her passion is viewing the world from behind a lens. Amanda uses photos to express the moments words cannot. Because of her love for Ole Miss, she finds herself photographing Rebel sports and campus life. Growing closer to her Rebel family has helped Amanda fill the void of losing her dad, as well as made her smile because she knows she is home, once again.

Most Impactful Rebels for 2019: No. 5 Benito Jones