OXFORD, Miss. – The day before the early signing period last December, Ole Miss was sitting at a paltry 61st place in the country—and earlier in the fall had even been ranked as low as 90th.

After today’s National Signing Day, however, the Rebels sit at 30th in the country with 22 signees, per 247Sports Composite Rankings.

The Rebels’ newest players include 3 four-star recruits, 6 high 3-stars, and a couple of JUCO All-Americans who will plug holes on defense.

Here’s a complete breakdown of each of the players in the Ole Miss signing class of 2018.

QB Matt Corral: 4-star 6’2 202 – Ranked #4 at his position in the country. Out of Long Beach Poly (CA), Corral was the single most crucial signee in this class based upon talent and the QB room’s depth or lack thereof.

WR Miles Battle: 4-star 6’4 190 – Out of Cy-Creek (TX), Battle chose Ole Miss over a host of suitors including Oregon. With the potential losses of #nWo members Damarkus Lodge, AJ Brown, and D.K. Metcalf to the NFL, Battle will be able to have at least a year of seasoning behind the trio of studs before stepping in to major playing time.

DT Noah Jefferson: 3-star 6’6 330 – Out of high school, Jefferson was one of the top recruits in the country and ended up signing with USC. Ultimately, he went the JUCO route at Arizona Western and has since signed with Ole Miss. He will be in the mix for playing time immediately and has the talent to be quite a force on the Landshark D.

DT/OG Jalen Cunningham: 3-star 6’6 345 – Cunningham chose Ole Miss over Alabama and has been rated as a potential “NFL caliber Guard should he make the move,” according head coach Matt Luke. I think he makes the move to the OL sooner rather than later and will blossom into a stud inside.

LB Kevontae’ Ruggs: 3-star 6’4 210 – Another of a host of Alabama prep talent that chose Ole Miss. Ruggs, also, chose Ole Miss over Alabama (where his brother plays) and has the athleticism to force his way into the rotation early. Ruggs is extremely long and athletic and can cover in space just as well as he can stop the run. Ideally, a redshirt would be optimal to add weight onto his frame, but Ole Miss isn’t dealing with an ideal situation at linebacker. Ruggs is one to watch.

DL James Williams: 3-star 6’6 285 – Williams is already a fan favorite due to him flipping from an in-state rival, but his play on the field should make him even more loved. Williams is a massive and athletic individual who can play any of the four defensive line positions.

The staff sees early playing time in Williams’ future. I see him as a DT, long-term, in a Nkemdiche role, where he is tasked with causing havoc inside.

WR Demarcus Gregory: 3-star 6’3 204 – Before suffering an injury, he was a four-star, but sites tend to re-rank guys that don’t play much their senior years. The South Carolina native will likely end up as an outside receiver but may start out at slot. Gregory was one of the first commits and held true through all the offseason turmoil. He chose Ole Miss over Florida and South Carolina.

RB Scottie Phillips: 3-star 5’9 205 – The staff feels that Phillips will be in the mix to start right away. He is rated as the #1 JUCO running back in the country and probably would’ve been a four-star had he played the recruiting game but Phillips chose to commit to the Rebels once he got the offer and never looked back.

LB Vernon Dasher: 3-star 6’3 215 JUCO –  Dasher was a first team All-American at Coffeyville CC (KS) and has the athleticism to play, if not start, right away. He chose Ole Miss over Kansas State. His combination of speed and size is something that Ole Miss can definitely use at the linebacker position.

LB Jacquez Jones: 3-star 6’1 225 – Another Alabama native, Jones will likely stick at inside linebacker and will also be in the mix for playing time due to depth issues. Jones was a tackling machine in high school and his physicality, alone, will have the staff keeping a close eye on him in practices. He is related to Ole Miss defensive line coach Freddie Roach.

DT Hal Northern: 3-star 6’3 293 – Northern is another JUCO All-American who was a star at one of the top JUCO’s in the country in Northwest CC (MS). Originally from Tunica, MS, Northern will very likely play immediately and can possibly play at DE much like Breeland Speaks did this past year. Northern, Coatney, Benito, and others have the interior of the DL looking stout for 2018.

DT Ka’Darian Hill: 3-star 6’1 270 – A Eufala, AL native, Hill has the versatility to play all along the defensive front for Ole Miss and is in fantastic shape for a high school lineman. He will remind the Rebel faithful of a bigger Isaac Gross.

S/ATH Cam White: 3-star 6’1 185 – White played all over the field for Mississippi powerhouse Madison Central. He specifically starred at running back this season but will likely move to safety at the next level. White is not afraid of contact which is something Ole Miss fans will recall at the safety position from Cody Prewitt and Trae Elston. Two of White’s teammates also chose to walk-on at Ole Miss in LB Truett Bourne and DE Lawson Stockett.

OL Hamilton Hall: 3-star 6’5 315 – Hall chose Ole Miss over offers from Louisville, Nebraska, Indiana, and Mississippi State. I see him as an offensive guard unless he trims down some and moves to tackle. Hall will have at least a year behind seasoned veterans to get his body right and learn the offense.

CB JaKorey Hawkins: 3-star 6’0 190 –  Hawkins brings the coveted size/speed combination at corner that Ole Miss has been trying to recruit the last several years. Auburn showed heavy interest late, but Ole Miss was able to gain his signature during the second signing period. Hawkins showed well at the MS/AL all-star game. He hails from Robert E. Lee in Montgomery, AL which is the same school as Kevontae’ Ruggs.

DT Quentin Bivens: 3-star 6’3 295 –  Bivens is one of those guys that might need a year before he can contribute, but when he does, he’ll be a stud. If his height and weight is listed correctly, and from seeing film and in person, I see him being able to get up to a playing weight of around 320 with elite quickness inside.

CB Keidron Smith: 3-star 6’2 180 – Smith is one of those guys where you look at his ranking and then you see his offers and film and just kind of sit there with a puzzled look. The size and speed is off the charts at a crucial position. A telling story is that the night before early signing day, Harbaugh at Michigan tried his best to sway Smith into waiting, but the young man decided to stick with the Rebels in the end.

LB Jonathan Hess: 3-star 6’5 220 – Out of Vestavia Hills (AL), Hess brings size at the linebacker position that Ole Miss hasn’t seen in years. He may also play a little defensive end once he puts on some more weight, but his athleticism is elite. He played safety up until this season.

LB Luke Knox: 3-star 6’3 217 – Knox, who is brother to current Ole Miss star TE Dawson Knox, played all over for Brentwood Academy (TN) but projects as a linebacker at Ole Miss. Initially holding a gray shirt offer, upon arrival for his official visit, Ole Miss saw his measurables and decided to offer on the spot. If he’s anything like his brother, his athleticism bodes well for a depleted linebacker corps.

ATH Tylan Knight: 2-star 5’7 173 – When you look in the dictionary for the definition of an athlete, Knight’s picture will be there. Knight, who led Pearl (MS) to a state title this year, is the freakiest athlete in this signing class. Despite his size (which even at 5’7 may be generous), he flat out dominated at the highest level in Mississippi–and then went to the MS/AL all-star game and was easily the best player on the field. He will be looked at on both sides of the ball at several positions, but I see him as a hybrid RB/Slot receiver who will be utilized in space as often as possible. Return man may also be in his repertoire.

OL Dwayne Wallace: Wallace started 9 games in 2016 at right guard for Cal but wasn’t with the team last season. He is a graduate transfer and is, therefore, eligible to play immediately. He will help create even more depth on a stout returning offensive line. 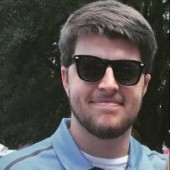