OXFORD, Miss. — As of today, head coach Hugh Freeze and the Ole Miss Rebels have a new offensive coordinator.

His name is Phil Longo and, to coin a phrase from Liam Neeson’s character in “Taken,” the new OC has a ‘particular set of skills.’ They are skills he has honed over a very long career—skills that will soon make him a nightmare for defensive coordinators in the SEC.

Longo comes to Ole Miss from Huntsville, Texas via Sam Houston State University. Sam Houston State? Yes, Sam Houston–the school with an offense that under Longo’s tutelage has put up numbers that would make the kids at your local Game Stop store jealous.

The average fan is likely unfamiliar with Sam Houston and Phil Longo, other than what he or she may have read in the last week or so on the internet, but don’t worry. We’ve got the skinny on Longo. So, just sit tight, leave any preconceived ideas at the doorstep, and open your mind so it can fully absorb the high-octane attack that is a Phil Longo offense, and you should be excited about what he brings to the Ole Miss program!

In his three seasons at Sam Houston, Longo’s offenses traveled 22,243 yards. That equals 222 football fields or roughly 12 miles. Put on your running shoes and go outside (or get on your treadmill) and make that journey. But, fair warning: I advise you to hydrate and train a little before attempting to duplicate the MapQuest adventure also known as the Phil Longo offense.

Quit calling it “Air Raid:“ You will see the term “Air Raid” being thrown around to describe Longo’s offense—as well as some of my other favorites such as: “Texas Tech’s Mike Leach offense, etc.” That, in this business, is what we call lazy journalism. The lack of knowledge out there in social media concerning Phil Longo and his offense is mind-boggling. I’ve come to the conclusion that the folks using these monikers are either lying to themselves and others—or Google has just become too difficult.

I’d advise folks to simply ignore the inaccurate narrative that describes the Longo offenses as ones who do nothing but throw the football. That is completely untrue–but don’t take my word for it. Look at the numbers.

Let me start an explanation of Longo’s offense by pointing out that Phil Longo played running back for his team when he was in college. That being said, you know those 22,243 yards mentioned above? Well, they come with insane balance. In football terms that means his offenses amass yards both through the air and on the ground with relatively equal distribution.

Here’s the breakdown of total yards gained by Sam Houston in Longo’s three years with the Bearkats:

Detractors will not like those statistics, for they go against their “air raid” narrative. I know for sure they’ll hate the next stat—the touchdowns. (You know, the entire basis of the game of football.) The Bearkats of Sam Houston State scored 232 touchdowns in three seasons–for an average of 77 touchdowns per year!

Here’s the scoring balance his detractors will tell you does not exist. Ready?

I’m sure the doubters out there will opine about Sam Houston being a member of the Southland Conference, saying: “Well, its Sam Houston State; they don’t play anybody.” They might be right—even though Sam Houston plays football with the same objective as everyone else…to try and score more points, hopefully in the form of the aforementioned touchdowns, than the opponent.

Keep in mind that regardless of which division of football you play, some things remain the same: tendencies, philosophy, and adaptability to game situations and current roster. That is what makes coaches successful—or stubborn.

The one knock you may hear from fans and, more importantly, opposing coaches is that Longo’s offenses don’t run the ball. Are you ready? Because, if we compare the styles and numbers of the three seasons of Phil Longo with those of Ole Miss, you will see what I’m talking about.

A look at the Sam Houston ground game under Longo

If you need more proof of Longo’s ground attack, take a look (below) at the Bearkats’ rushing stats for the last three seasons.

In the 2016 season, Longo had a pocket quarterback and lost his previous starting running back. His offense needed to shift to match his roster, and it did just that. His junior quarterback was named Associated Press First Team All-American and broke the FCS record with 58 touchdowns.

To simplify, what I’m saying is as an offensive coordinator Phil Longo has been able to create a different structure every season, based on the different tools he has available to him in his tool belt. His offenses are formulated to mimic, somewhat, certain principles of offenses like Mike Gundy’s at Oklahoma State, the offense utilized at Texas Tech, as well as Rich Rodriguez and Mike Leach-type offenses. The only difference? They’re all wrapped into one that Phil Longo has mastered during his career.

His scheme is creative and finds ways to get all the players the ball. His offenses make you defend every player as well as the entire field. The difference in his offenses is that Longo does not allow the other teams to dictate what he’s going to do. The Phil Longo offense has a simple blue print: get the playmakers the ball and score a ton of points.

That brings us to the question of how Longo will fit in at Ole Miss. Well, if you look at the current, returning offensive roster, you see talent all over the field. The athletes at Ole Miss (with all due respect to other players in different divisions) are on another level. We don’t need to break down the roster; you know the list of names.

The point is this—Longo is getting a serious upgrade for his tool belt. The quarterback, running backs, receivers, tight ends and offensive line at Ole Miss are filled with high-caliber players he will use to create his 2017 structure.

In my opinion, the final “X” factor will be the drive of Phil Longo. With the offensive coordinator position at Ole Miss, Longo is getting a great opportunity, one in which I imagine he will take great pride. I’d venture to say he’ll be chomping at the bit to get started with everything that comes with this new position for the Rebels.

Phil Longo has an outstanding reputation both in coaching and recruiting, and we understand that’s going to be scary for opposing coaches. They’ll have to attempt to shut him down both on the field and in recruiting. Some may resort to using negative angles or falsehoods when it comes to recruiting against Mr. Longo—but, hopefully, this article will help distinguish the real truth of Longo’s offensive prowess from the fantasy-land stuff you might have been hearing.

If you look at the totality of what Longo brings to the Rebels, you’re sure to find yourself “taken” with him!

Jonathan Eric Ferguson, a lifelong Rebel, brings seven years of coaching experience to his coverage of Ole Miss football. Additionally, Jonathan is the creator and owner of LandSharkNation, whose mission to to build the Ole Miss brand of defense based on the heart and passion of the legend and hero Tony Fein. 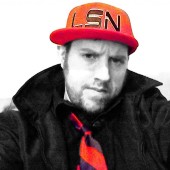 Jonathan Eric Ferguson, a lifelong Rebel, brings seven years of coaching experience to his coverage of Ole Miss football. Additionally, Jonathan is the creator and owner of LandSharkNation, whose mission to to build the Ole Miss brand of defense based on the heart and passion of the legend and hero Tony Fein.

Rebel RoundUp: Ole Miss ready for tough test against the Vols in Knoxville