Ole Miss is set to host its second recruiting weekend of 2015, the last weekend before National Signing Day on February 4th. A week ago we saw Ole Miss bring a bevy of top prospects in to Oxford for the “Big Weekend,” and with the conclusion of the visits, the Rebels reeled in two highly touted recruits in 3-star DE Rasool Clemons and 4-star WR Van Jefferson. This weekend the Rebels are bringing in fewer 2015 targets but hoping for a similar outcome!

3-star defensive tackle Kevin Scott out of Los Angeles, California, will make an official visit to Ole Miss. He is a very underrated prospect who has blown up the recruiting world, as of late. Just in the last few weeks, Scott has added offers from Texas, Miami and hometown school, USC, with USC being the school to beat during this recruitment.  The 6-foot-5, 280 pound DE is quickly becoming a hot commodity, and the Rebels would love to add this west-coast Landshark to the class.

Cypress, Texas 3-star defensive tackle Ross Donelly, once a Rice Owls commit, took an official visit to Vanderbilt last weekend and came away with the Commodores high on his list. Donelly is listed at 6-foot-2, 300 pounds, so he would definitely be a nice pick-up to help out on the interior of the Rebel d-line. According to the 247sports.com crystal ball prediction on Donelly, Stanford and Vanderbilt are dead-even as favorites to land the Texas standout, but the Rebels hope to change that this weekend.

Michael Howard (4th row, far left) is a 6’6 commit to Ole Miss and also a cheerleader at his high school. (Photo credit: 247Sports.com)

Ole Miss commit and 3-star OT Michael Howard will take his first ever visit to Oxford this weekend. The Green Cove Springs, FL native committed to the Rebels on Dec. 10th after receiving a visit from Head Coach Hugh Freeze and Coach Matt Luke. The 6-foot-6 offensive tackle is not only a great football player, but also a cheerleader for his Clay High School squad.

Arizona State commit, 4-star Athlete Jaason Lewis is one Ole Miss coaches are high on recruiting. Lewis is pure athlete and can play a number of positions on both sides of the ball. He could arrive and start as a freshman for any college with whom he decides to sign. This would be the case, also, if Ole Miss is lucky enough to steal this phenomenal recruit from the Sun Devils. Look for this one to come down to signing day. Those are more fun anyways, right?

Junior Day: The Rebels will be hosting an Elite Junior Day this Saturday, January 31, with more than two dozen 2016 and 2017 prospects scheduled to be on-campus for the event.

The 2015 class is shaping up to be another stellar haul for Coach Hugh Freeze and the Rebels. The Rebel Walk will keep you updated on any new developments from the weekend visits.

You can visit our 2015 National Signing Day page for the latest details! 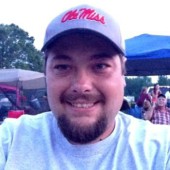