OXFORD, Miss. — There is little doubt Ole Miss quarterback Matt Corral will quickly become a favorite amongst Rebel fans. The redshirt freshman showcased his impressive skills in this spring’s Grove Bowl, looking as if he were made to run offensive coordinator Rich Rodriguez’ offense.

Corral, a Ventura, California native, was the No. 3 overall pro-style quarterback prospect in the 2018 class according to Rivals, No. 4 by 247Sports, and No. 6 by ESPN.

During his senior year at Long Beach Poly, Corral threw for 2,495 yards and 29 touchdowns, later representing the West team in the 2018 U.S.Army All-American Bowl.

He spent last year as the backup for senior quarterback Jordan Ta’amu, but Corral enters the 2019 season prepared to be his team’s leader.

It will fall on the young signal caller’s shoulders to make the right in-game decisions to help Ole Miss get back to SEC contention. From all accounts this spring, Corral excelled under Coach Rodriguez’ tutelage and will continue to get better.

Last season the Rebels were able to take advantage of new NCAA redshirt rules that afforded Corral the opportunity to play in four games without losing a year of eligibility, but 2019 will be the first time to see Corral in full-length game action.

Although the Rebels have a trio of talented incoming freshmen quarterbacks in Grant Tisdale, Kinkead Dent, and John Rhys Plumlee, the starting job is Corral’s to lose. He spent the spring learning the system of Ole Miss’ new offensive coordinator.

“I’m comfortable with it,” Corral said of the system. “Coach (Rich Rodriguez) does a great job coaching and teaching it off and on the field.”

Corral’s willingness and ability to run could serve him well in the run-pass option style of offense seen from Rodriguez’s past teams. In 2017, Arizona quarterback Khalil Tate rushed for more than 1,400 yards and passed for nearly 1,600 yards in Rodriguez’s offense, en route to the Wildcats’ appearance in the Foster Farms Bowl.

Corral played in four games last season compiling 16 of 22 passing for 239 yards, two touchdowns and one interception. He additionally tacked on 13 rushes for 83 yards and two touchdowns.

When Ta’amu dislocated a finger on his throwing hand in the 2018 Egg Bowl against Mississippi State, the senior was replaced by Corral who played most of the second half. Corral attempted eight passes, throwing for 65 yards on five completions with one interception and no touchdowns. He also ran four times for 18 yards, not including sacks.

The Hype is Real

With a very young quarterback room, it is important for Corral — the most experienced of the group — to assume the leadership role, which from all reports, he continues to do.

Matt Corral drops back to pass in the 2019 Grove Bowl. (Photo by Taylar Teel, The Daily Mississippian)

In the Grove Bowl this spring, Corral was 17-of-25 in the first half for 192 yards and a touchdown, making several plays with his legs, as well as his arm. In Coach Rodriguez’ system, Corral will be a contributor to the rushing attack, offering yet another weapon for which opposing defenses must account.

Corral displayed his arm strength in the spring game as he showed both fantastic velocity as well as a deft touch. He frequently went through his progressions and did not lock onto one receiver. Simply put, the hype is real: Corral has the makings of a star. That’s not to say he won’t be pushed by the trio of true freshmen behind him; however, they will all serve to make one another better.

Although being a first-time starter at QB in a league as competitive as the SEC can be a lot to handle, there is little doubt head coach Matt Luke and Coach Rodriguez will have Corral set to go when the Rebels’ season begins August 31st at Liberty Bowl Memorial Stadium in Memphis as the Rebels face the Tigers.

Get excited, Rebels fans. Corral is a dynamic playmaker who is ready to lead this team into the 2019 season.

Born in Dothan, Alabama, Brandon Eisenman has been a sports fanatic since childhood. A Journalism major at Troy University, Brandon’s love of sports writing came during his senior year of high school. Aside from The Rebel Walk, Brandon writes for Last Word on College Football. 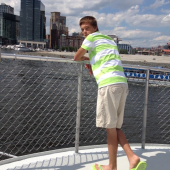 Born in Dothan, Alabama, Brandon Eisenman has been a sports fanatic since childhood. A Journalism major at Troy University, Brandon’s love of sports writing came during his senior year of high school. Aside from The Rebel Walk, Brandon writes for Last Word on College Football.